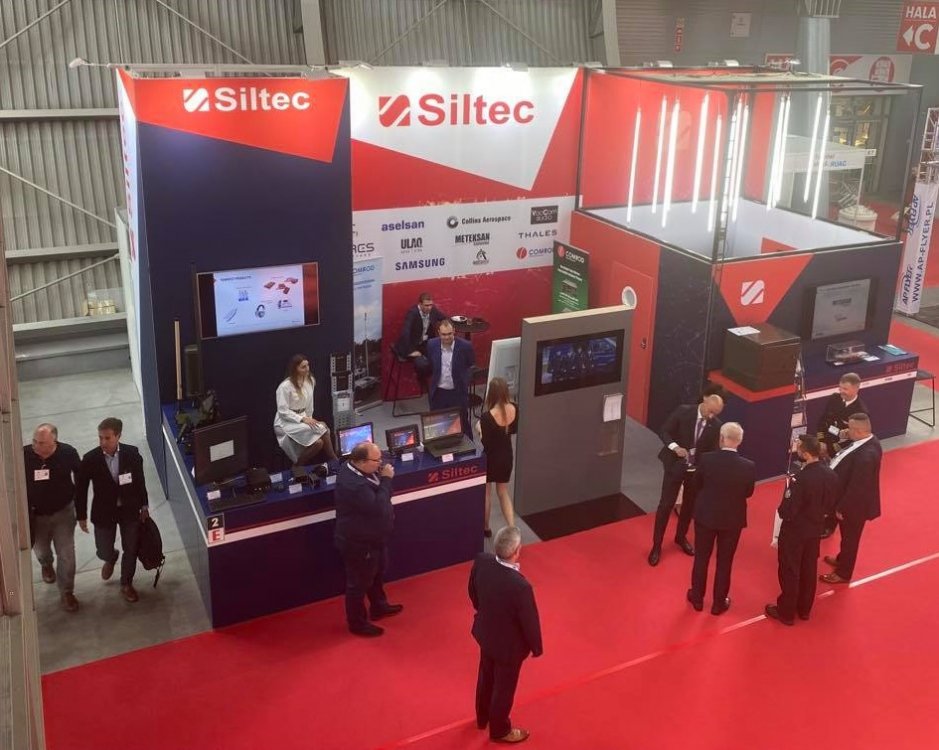 At the stand we presented our new TEMPEST class products made in compliance with the SDIP-27 Level A standard: Zero Client Terminal and the laser projector. In addition, a power generator with reduced electromagnetic emissions, 6 kW output power  at 27 VDC output voltage, supporting the power supply of on-board devices at the base vehicle, eg KTO ROSOMAK when the vehicle is parked. The generator is adapted to be integrated with vehicle systems such as: fuel system, exhaust gas system, cooling system or control system.

As every year, in addition to the presentation of our own products, we invited also our partners like: Meteksan from Turkey, Comrod, SFC Energy, roda computer GmbH, SAMSUNG, Thales, VacCom Audio and Collins Aerospace.

We presented the unmanned surface vessel  ULAQ AUSV and the under-keel sonar "YAKAMOS 2020" as well as the simulator for training the crews of vessels in the field of emergency defense.

ULAQ  is an armed unmanned surface vessel (AUSV) developed by the alliance of Turkish companies ARES Shipyard and Meteksan Defense. ULAQ can be developed in various versions to support a range of missions such as reconnaissance, surveillance and intelligence (RSI), asymmetric warfare, anti-surface warfare (ASuW), anti-submarine warfare (ASW), security of critical maritime infrastructure facilities, and armed escort and protection of own forces.

ULAQ AUSV can work in a remote and autonomous mode depending on the type of mission and hydrometeorological conditions, using autonomous algorithms and artificial intelligence infrastructure. ULAQ AUSV can safely navigate avoiding ships and floating platforms, and in the event of loss of communication, return to the home naval base. The reliability of operating in the modern maritime theater is ensured by an encrypted communication infrastructure that prevents intrusions into the ICT system.

Thanks to cooperation with SAMSUNG we were able to show mobile devices that meet the requirements of NATO Equipment Zone SDIP-28 as well as an interactive Flip 2 flipchart.

The portfolio of rugged devices of roda computer GmbH was present thanks to the Lizard RB14 and Rocky RK12 laptops and the latest ROCCS15 panel computer.